If asked how we would define Rughara, we would never be able to give just one answer. Each of the many times we’ve visited this concept store in Madrid’s neighborhood of Malasaña, we leave with the feeling of having traveled to a different place that we once knew. There are times when we believe we are visiting a contemporary art gallery, which happens to sell select fashion items. There are other times, where we think we are visiting an eclectic fashion store, with interesting design touches. What is clear is that Vanesa, the owner, has managed to create a space difficult that is to define, but that leaves nobody indifferent. At Café Leather Supply, we don’t know if Vanesa selected us to be in her store because of our quality or our design. That’s why we wanted to investigate a bit further into the reason why she chose us and get to know more about the inventor behind this interesting project.

Sabina said in one of his songs: “I went down in Atocha, I stay in Madrid”. That was what Vanesa must have thought of when she decided to set up Rughara in the neighborhood of Malasaña, at a time when hipsters and their bikes had not yet made a strong presence in the streets. It had to be very imaginative to create a store of this type, in a neighborhood that still lasted the hard backlash of the Madrid move. Let’s just say that at the time, Malasaña was not exactly the trendiest neighborhood of Madrid, which it presumably is today. Vanesa took a gamble, and anticipating the retro fashion that has been established today, maintained the same appearance as its previous occupants. Today we see ourselves looking at the same facade, watching as Vanesa looks at us from the inside, waiting for our interview to begin.

V.- Only large. In the morning, at noon, and in the afternoon. I drink two to three cups of coffee every day. I can’t start the day without coffee.

How did you end up getting yourself into this world of fashion?

V.- I always liked art, fashion and design as a user. Before studying Dramatic Art, I was going to study fashion, but I finally decided to pursue Dramatic Arts. When I finished studying Dramatic Art, I began to work in advertising, incidentally, and is where I spent seven years. I learned a lot and I realized what I wanted. In the company there was a process of restructuring and I saw the opportunity to leave with a little money, it was my moment. From there I had two options: to get my masters or to assemble Rughara, as you can see I opted for the second option.

2012 arrived and with it, the moment to open your own store … Why in Malasaña? At that time it was anything but a trendy neighborhood…?

V.- When I got it, there was nothing in the Vaqueria building. The Plaza de San Ildefonso was not the ideal place to have a few drinks, that it is nowadays. There were no cool cafes or shops in the area. Everyone told me I was crazy, we were in the midst of the crisis and for many thought that to do what I was doing was crazy. Now, in this neighborhood that had nothing to do or see, many say, has improved a lot. I have been here for many years as a resident and this neighborhood was anything but ideal. During the weekend, we know that it’s an area with a great atmosphere, but that’s how it is in all of the shopping areas where we live. Malasaña is no longer just a nighttime place. I prefer to be invaded by hipster people of different styles, than be surrounded by junkies and prostitutes as it was before…

Can you say that Rughara is the first concept store in Malasaña?

Say it, also in Spain?

V.- I don’t want to say that, but the truth is, there was a lot of discussion around the opening of Rughara. People from all over Spain who wanted to start similar businesses began to write me. I don’t know if we were the first to open a store like ours, nor do really I care. What we are is the first store of this type centered on design and manufacturing in Spain. Hence, what many had to see the creation of the Central Market of Design, of which I was a part of in it’s beginnings.

Did your life improve with the change?

V.- Yes, of course. It’s a less comfortable life, because here you yield to the customer, especially those who shop on the weekend, but has nothing to do. I do what I want and my shop is the reflection of my values ​​and the way I see things; that is priceless. I don’t sell anything I don’t want to sell, I don’t sell anything I don’t like. It’s possible that some of the items aren’t in my house, because they don’t fit, but everything that comes here has quality and I like it.

What would you highlight about Café Leather Supply?

V.- When you started, I saw people wanting to do things well and I liked that a lot. You focused on a very specific audience that was looking for a high quality product, you always made it clear and I personally loved that idea. Now that it’s already a reality and I have your products in my store, I believe that your success lies in offering a product of very, very, very high quality along with a good design. Not everyone can buy these products in Spain, but the one who can buy it without looking, I see it.

V.- (laughs) Totally, I love all kinds of music. Another thing is that I listen to everything. What I want to say is that I can go from listening to classical music at the Teatro Real and then finish the night at a place playing the most alternative music in Madrid.

V.- I don’t like reggae at all. I’ve been very into electronic music, but I’m getting a little bit old. (laughs). Now I like to live it differently, certain concerts and a good selection. If it can be outside of Spain and go through other known cities one weekend, even better.

Are you a good cook, or do you prefer others to cook for you?

V.- I prefer others to cook for me, but I also cook because I love to eat. I have a lot of friends who are well known chefs,

V.- I’m not greedy at all, I prefer a sandwich with chorizo over anything sweet.

This site uses Akismet to reduce spam. Learn how your comment data is processed.

cafeleathersupply.com uses its own and third-party cookies to analyze the web traffic and improve its navigation. If you continue browsing or accept its use, then it is considered that you accept the use of cookies. For more information or to modify the settings, visit our cookie policy .Agree 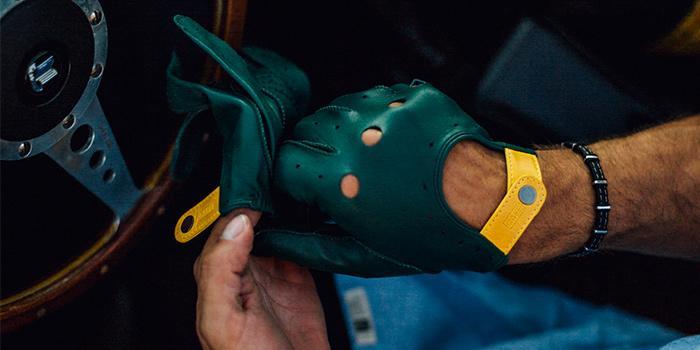 Stay updated and get 15% off on your first order.
close